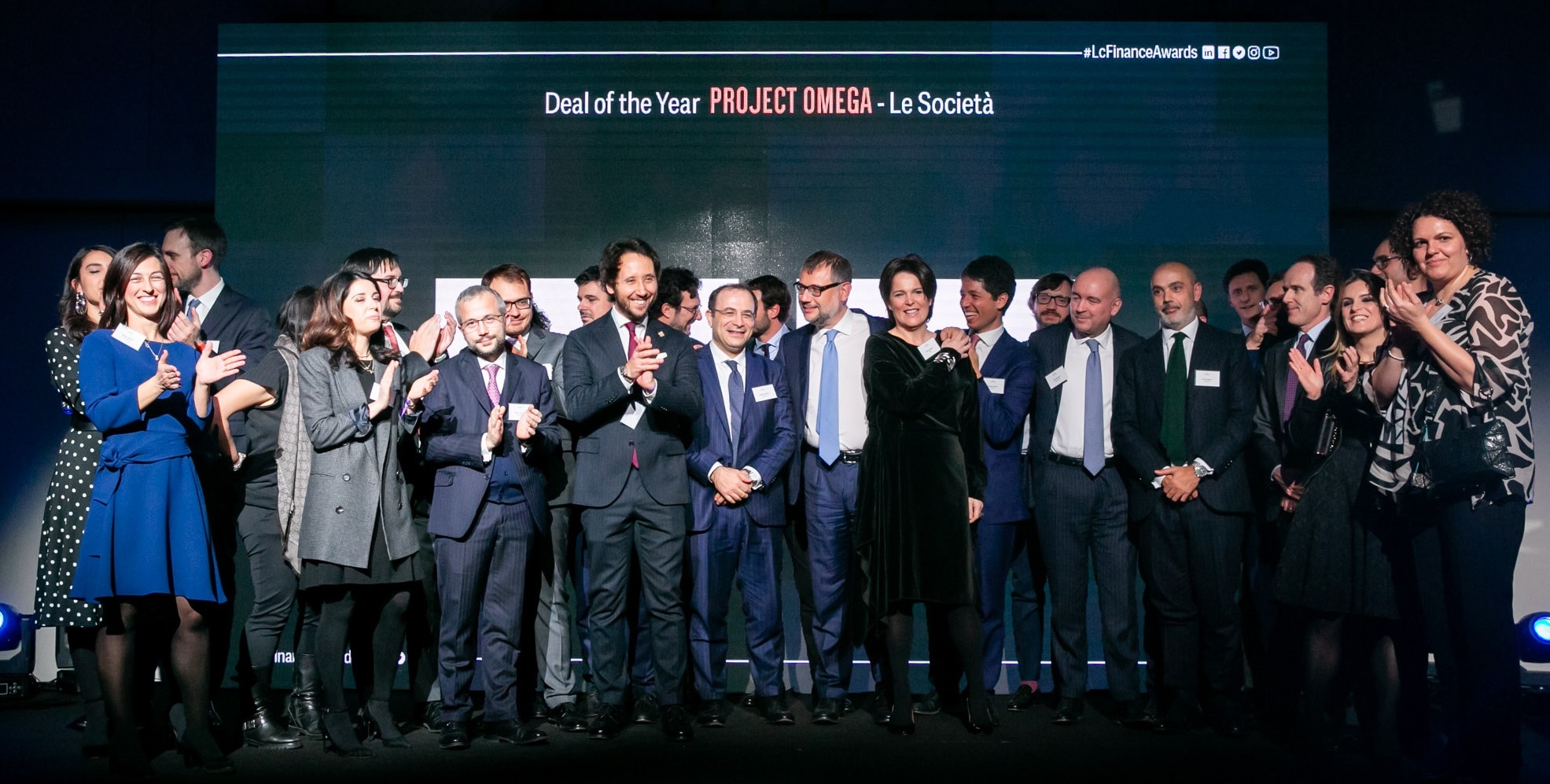 Legalcommunity Finance Awards 2019: Chiomenti wins for the Deal of the Year and the Lawyer of the Year

During the Legalcommunity Finance Awards 2019, that was held in Milan on 21 February 2019, Chiomenti won the prestigious award “Deal of the year” for Project Omega, with a team lead by partners Caro Croff, Stefano Mazzotti and Gregorio Consoli.

According to the Award Jury: “The 2018 Deal of the Year - the project of partnership signed by Intesa Sanpaolo and Intrum in relation to non-performing loans - is the most important and complex deal in Italian NPL segment”.

In addition, Chiomenti’s partner Gregorio Consoli won in the category “Lawyer of the year”; according to the Award Jury: “He is recognized as an outstanding professional in the market. He has ended 2018 with an impressive track record for number and relevance of operations”.